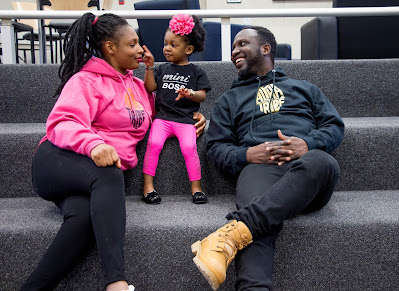 Sexuality among Anebiras determines to a large extent the kind of roles that men or women play at home, social gatherings, choice of vocation until recently when barriers seem to be giving way to equality in every aspect of life. Female sexuality is often socially oriented toward love and marriage but for a male it is genital oriented and relief of sexual tension through ejaculation (Fehlman, 1990).

This is because in normal males, sex drive is a powerful biological and emotional force that is often difficult to control satisfactorily. Often adult males do achieve sexual gratification independent of love and commitment rating sexual intercourse as the most important feature of marriage but women tend to rank it lower while rating their security, that of the home and children as most important elements of their marriage.

Even though some vocations are done by both sexes still there are those peculiar to sexes. For instance farming (Uruku Oiku) is practiced by both sexes in some part of Nigeria, for example among Igede people of Benue State, while farming is reserved for only men among Ebira Peoole, the men focus on crop cultivation which are more difficult – Yam, Cassava, Cocoyam, Beans, Rice, Pepper, tomatoes and Beniseed (Gorigo) the women deal more with vegetables.

Traditionally women will not be palm wine tappers (Eche Oiva), black smith, carpenters or hunter (Ozube), but engage in being beauticians’ Eyi Oigu, petty traders Ohu Oise, travelling –roaming–sellers or trader (Ohu Oz’Are) and clothe weaving workers, dyeing and sales of the husbands farm produce.  It should be noted that a man will not normally be a beautician – (Ogu’Eyi)– as it is a woman’s world, but all these have given way in contemporary times. People now follow the popular dictum “what a man can do a woman can do better”.

Family Values among the Ebira People and Home Training.

Family values among the Ebira people are entrenched home training as an inherent parental responsibility which is also shared by members of the entire community.

Trainings can be informal or formal and it cover cultural greetings and actions, decency in language and dressing, respect for the elderly, knowledge of cultural norms and practices, history of a persons’ clan (Iresu) and family structure, riddles, stories and
proverbs that teach wisdom, vocational choices and communality; all of which are reflected in sexuality.

Informally, it takes the forms of storytelling, gossips and conversations, folk songs. Formally, sexuality education is carried out through cultural practices in plays, dances and arts, cultural beliefs, in taboos, in religious practices and involvements in various performances.

Stubborn children are always threatened by the use of the father figure in the expression ‘mana sireyi awu tu Adawu ireka meaning ‘I will report you to your father when “they” come.’

Educating children for chastity strives to achieve the objectives of
(a) maintaining a positive atmosphere of love, virtue and respect for God’s gift of life;
(b) help children understand the value of sexuality and chastity while, sustaining their
growth through enlightenment, examples and prayers;
(c) help children understand and discover their own vocation and responsibilities in marriage and commitment to sexual purity in harmony with and respecting their attitudes and inclinations and the gifts of the Spirit.

In Conclusion: Parents should see procreation of children to bring new life into the world as a supreme achievement and therefore should not trivialize their responsibilities. It is when parents properly play their roles that the quality of young person’s characters improve and by extension the society enjoys the benefits of having more enlightened citizens to contribute to the development strides of the nation.

It is observed that the various training which children should be given are not made available again for lack of time and shifting priorities. As a matter of fact most of the young contemporary parents lack the home training expected to be given the children. As consequence, it is now difficult to have a trusting relationship because almost everybody is looking after personal gains. Children and young people now hardly respect and follow advises of elders; many are not interested in honest and hard labours rather, they want quick path to success and accumulation of wealth, preferring pleasure at all cost than having a good name.

Thanks for reading please drop your comments below and share with friends…..