All You Need To Know About Ebira People of Nigeria 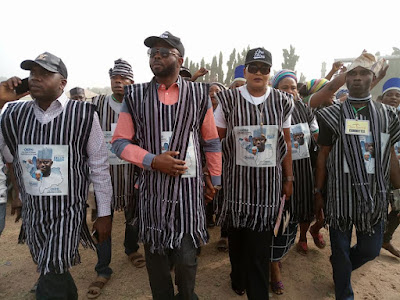 What is the Origin of the Ebira?

Ebira Tao of Okene in Kogi State is the largest of all the Ebira race in about 8 states they dominated in Nigeria.
Some elderly historians, through word of mouth have been able to trace the Ebira people's origin to Wukari (in the present Taraba State, Northern part of Nigeria) we were an integral part of the Kwararafa confederation as the time. In about 1680 AD, our forefathers (along with the Idoma tribe and Igala tribe) migrated ofrom Taraba state over a chieftaincy dispute. Ebira people later split into various groups, and later settled in differet part of the country till today. The Ebira Tao in another word settled alongside Igala tribe at Idahbut later crossed the river niger to settle at Opete (Ebira Opete) this Ebira Opete is located at Upake vicinity of Ajaokuta Local Government Area (thesame LGA that housed the largest Iron Ore Producing Company in Africa.
The leader of Ebira Tao as that time was Itaazi he was the one that led some Ebira People to this premier settlement in Ebiraland. Itaazi had 6 children who all later migrated from Ebira Opete and were the founders of the various districts in Ebiraland.

The various clans in Ebiraland are descendants of the children of Itaazi see examples below;

Ohizi had five children who are the founders of the five Adavi clans named after them.

Ohizi Children and the clans they founded

Ododo's Children and the clans they founded in Okehi

The Children of Obaji of Eika

Uga of Okengwe had two sons whose children constitute the present Okovi and Agada group of clans. Due to a sizeable concentration of other Ebira clans in Okengwe district, they formed a socio-political coalition known as Ada-ehi.

The Children of Ochuga and the clans they founded in Ihima

Itaazi's only daughter is known as ohunene, she founded Eganyi, but not all the clans there are descended from her.