Why Ebira People Name Their Child Yoruba and Religious Names 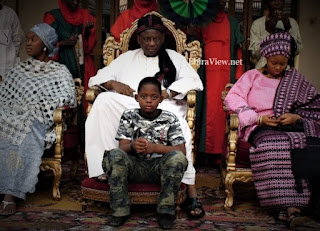 There has been a hit argument on one of the most popular Ebira Public Groups on Facebook (Ebira Community), where a lady talked about "Nothing is wrong with naming an Ebira Child a Yoruba Name". Some people supported this where as others, like myself frowned and went against the idea.

This article will focus on the main idea of naming Ebira child other peoples name and not Ebira Native names, how we came about the names etc.

Four days ago someone posted on Ebira Community group on Facebook that, there is nothing wrong if an Ebira person bears a Yoruba name; that it's okay, and after all, Ebira people are related to the Yorubas.

The fact is that it is wrong to think that way, as I, the poster of the content and you that are reading this article now, can not mention any Yoruba person bearing Ebira name.

Lots of people asked the people that supported the notion the same question, they couldn't answer it (Name one Yoruba person bearing Ebira Name).

If we are to look at it from the aspect of;

Anebiras are not related to the Yorubas in any of the above mentioned points Yorubas.

Wait, what am I even saying this is not the reason behind writing this article! so lets go back to the main point of this article.

Why Do Ebira People Bears Yoruba Names and other Tribal and Religious Names?

Their are two tribes that religiously influenced Anebira. They are the Yorubas and the Hausas/Fulanis.

These influences had a lasting impact on Ebira People so much.

First of all, the Yoruba people with the backing of the white missionaries, brought Christianity to the Ebiras and are also responsible in spreading western education, which they also received from the Europeans colonizers, to Ebiraland.

These influences from a bigger and knowledgeable tribe of Yoruba, resulted in giving Yoruba names to Ebira People.

A typical Ebira man in those days, highly impressed by the talent of his Yoruba teacher or pastor, would name his child, Ade, Yemi, Oluwafemi, Bolanle, Abosede etc. and all these are just in honour and in memory of his cherished teacher or mentor.

As the years passed on, such Yoruba names became usual names for Ebira children to the extent that later generations bearing such names ignorantly thought they were originally Ebira names.

Did i mention that Trading in Yoruba Lands also influence the Names Ebira People are bearing now? well the names and some cultures spread through trading from Ebiraland To Yoruba Land in those days.

On the other hand, was the Hausa/Fulani religious influence which was even more impactful than the Yoruba Christianity's and trading impact on Ebira People.

It was the disciples of the jihadist called Uthman Dan Fodio that brought Islam to Ebiraland. And with it, came the influence of bearing their islamic names.

The simple truth here is that, a bigger tribe like that of Yoruba, will always influence a smaller tribe like Ebira to follow his ways of livelihood. It's a global thing, not restricted to the Ebira Tribe alone.

you know what is funny in all of this? The fact that all these tribes we are mimicking in terms of naming, no matter how you try to hide under someone there identity, the tribal people always have their ways of knowing you are not one of them but only disguising to be one of them.

In conclusions, this article has not been written in anyway to tarnish the image of those that fall in the category of people bearing other tribes name in Ebiraland, but to shine the light on why Ebira People has adopted other tribes Like Yoruba and religious names.